I hope everyone is doing well. Tokyo is continuing to plod its way towards another month of state of emergency. There seems to be some effect on the city’s numbers, and the hope is that, when June comes, we can start to resume a more normal lifestyle. As much as I hate fog on my glasses when I wear a mask, I like my lungs, and hope to have a long and prosperous relationship with them, so mask it is.

As with so many people, it’s been hard to concentrate during lockdown. The third book from my fantasy series, Eyes of Lost Gods, was put up at Amazon. I’m still polishing and querying my YA/NA vampire book, plotting its sequel, plotting another in the fantasy series, wrote a short story and am having that beta read. There’s so much to do, and it’s so very hard to concentrate.

My precious ipad mini is starting to run on empty. The battery dies so quickly. I’ve written so much on it, and really it’s perfect for what I need it for. I’m not sure I can go without it. I love my phone, but I need to dig up some money for a replacement ipad.

As a (much, much cheaper) cheer-me-up, I bought a pretty notebook. 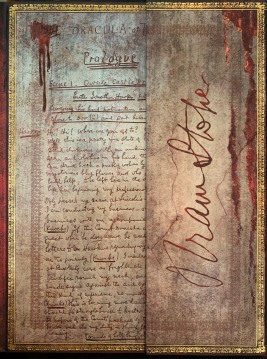 It’s too pretty to use.

Toss a dime in the tip jar at Ko-Fi
Become a Patron!

Books Available for Kindle at Amazon:
Mummer's Daughter and Other Stories
Mayfly
this ruin
Between the Stars and the Sea
Summer Birds: Prequel
Book One: Red Dogs
Book Two: Broken Shore
Book Three: Eyes of Lost Gods
Book Four: The Breath Before Falling


What I Am Listening To: Angel’s Tale ~english ensemble~