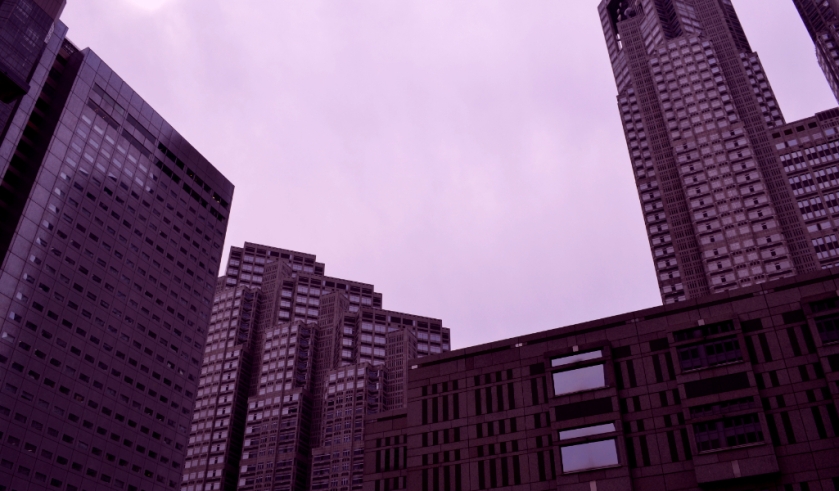 My hometown is quite small, and we have a lot of space, so it’s rare for buildings to go up. I mean, there are (or were) only a handful of buildings in the entire city that would get close to double digit floors. I’ve acclimated to the crowded city of Tokyo, but every so often I really think about how tall the buildings are, and how many people must crowd into them.

I like to take pictures of the city that makes it look empty. I blame this mostly on Neil Gaiman’s short story in The Sandman: World’s End called “A Tale of Two Cities.” In it, a man tells the story of how he was caught in the dream of a city that was sleeping. Dreams are frightening because they make familiar things seem different, or new. I think it’s a good thing, to try and look at what we know in a new way, so we can decide — minus the benefits of comfort and nostalgia — if it’s still valuable to us.

(Also, Neil Gaiman is incredibly nice, and I’m still very grateful to him for doing an autograph session in Tokyo when he absolutely was not here to do that and was under no obligation to do it. I would never have had a chance to ever get a chance to meet him otherwise. It’s been years and it’s still one of the best experiences ever. Thank you, Mr. Gaiman.)

Toss a dime in the tip jar at Ko-Fi
Become a Patron!

Books Available for Kindle at Amazon:
Mummer's Daughter and Other Stories
Mayfly
this ruin
Between the Stars and the Sea
Summer Birds: Prequel
Book One: Red Dogs
Book Two: Broken Shore
Book Three: Eyes of Lost Gods
Book Four: The Breath Before Falling


What I Am Listening To: Angel’s Tale ~english ensemble~